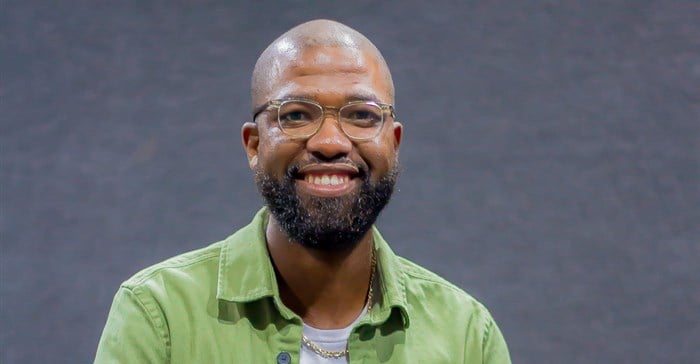 The award-winning Senzo Xulu has joined the Conversation Lab as Executive Creative Director, responsible for the agency’s creative output at all staff centers in Johannesburg, Cape Town, Durban and London.

His journey has been rewarding from the beginning. Ranging from being the most awarded student of advertising in the country (2010) to being shortlisted by the Cannes Agency with its PE Agency (2012).

In between working as an art director, he graduated with a master’s degree and was then accepted to study at the Rhode Island School of Design (2017).

While the first black women winners from the Eastern Cape delivered the student Laurie (2019), leading Nelson Mandela University in the top 10 rankings of the Loeries (2019-2020), and being able to create employment opportunities for the talents he read lectures and mentors for many years.

After you graduated from Vega in 2010, despite being cared for by major agencies, you decided to work for a smaller agency in the Eastern Cape when you started your career. Why?

The truth is that my move to the Eastern Cape was not so much a career as a personal one. It’s just a place where the Lord laid in my heart to go after Vega. At that time, by the way, the FE had an agency that was looking for an art director, so everything worked out.

Joining the Conversation Lab, you say, “Joining a team that is so focused on the intersection of creativity and technology is a big attraction for me.” What is so important about this crossroads and what fascinates you about it?

It’s no secret how over the past 15 years our industry has been shaped by the advent of technology and the digitization of how we produce creative work.

But the tension between tech and creative technology has been a bit of a challenge for navigation – a sign of the widely publicized merger of South Africa’s largest digital agencies with traditional ATL.

So, watching the growth and maturation of this trend both locally and abroad, I have truly become a supporter of work that shows how creativity and technology can intersect in a way that preserves the integrity of both sides.

That’s why I’m looking forward to creating a culture here that will master the balance between bleeding and basic, but with creativity always at the core.

You also worked as a head of graphic design at Nelson Mandela University, and this has led to some of the best young talents of the Eastern Cape regularly receiving local and international awards. How do you feel about young talents in the country? What needs to be done to ensure a good flow of young talent? Will we be in good hands in the next 10-20 years?

You only need 10 minutes to spend on Black Twitter to make sure that young South Africans are some of the most creative people on the planet.

As a result, we have a growing generation that can instinctively interpret and transform what they see around them into creative and relevant content (such as memes).

In my opinion, this means that the work of higher education should be simply to help students understand how they can identify and repeatedly implement the ways in which their creativity (process) can take place, and then why use it (goal) .

I think we need to be more attentive to why we are teaching the next generation as well as to who should be teaching.

The industry will move forward because we are resilient and resourceful, but I don’t think it’s 100% sustainable. For example, what is an art director in isiZulu or isiPedi? Until we are able to address such things, we are still narrowing the relevance of what we do, and thus the scope of its impact.

What fascinates you most about this role? What do you want to achieve in this role?

The fact that I joined the team coincides with the agency’s transition to approving its place in the industry. My goal is to justify this step.

What do you like most about your career, industry and what do you do?

Without a doubt, the busiest part of my journey was the opportunity to prepare and create a place for other young creatives.

To take children who, when I met them, didn’t even know what an art director or copywriter was, to see how they now work and win in the country’s leading agencies, is definitely an award I appreciate the most.

If we nurture talent in a certain way, it’s not just that they’ll do a better job – which is very important because we live in a time when brands can be loved or separated depending on the quality of the work we produce as industry.

But there’s also the lingering effect that creative opportunities have on their families and communities, other than the stellar careers they build for themselves, and that’s the bigger picture I’m always working on.

Several times over the years (including in the beginning) I had to be firm in my beliefs about building a career the way I wanted, which meant rejecting offers (even last week, lol), not working on certain brands and preferring the seemingly untalented.

Who do you look at or consider yourself a teacher in your life?

Professionally, but they both know, so at least I’m not exactly a fan: Xolisa Dyeshana and Ahmed Tilly.

Fourteen years ago, as a student, I looked at them, but over time – because I was in a hurry to find out their numbers – I had the privilege of meeting them in person through their incredible guidance and support in WhatsApp and the foyer award ceremony.

I have always believed that there is a difference between creative excellence and creative leadership, and it is two people in our industry who perfectly embody both.

Also shout to my current doctor of medicine Uyanda Manana. She played a big part in the fact that I joined the Conversation Lab because she has a vision of an unparalleled agency and I have great respect and confidence in her solid track record in the industry and the leadership she models.

Personally, Jesus Christ is the center of who I am and everything I do, and the reason why some casual guy from the town of Inanda Durban, who went to work for an agency on the outskirts of the Eastern Cape, is interviewing as executive creative director soon a significant name in the advertising industry.