Zanewslive.com
Home World Asked about a possible nuclear strike, Russia says it’s all in our... 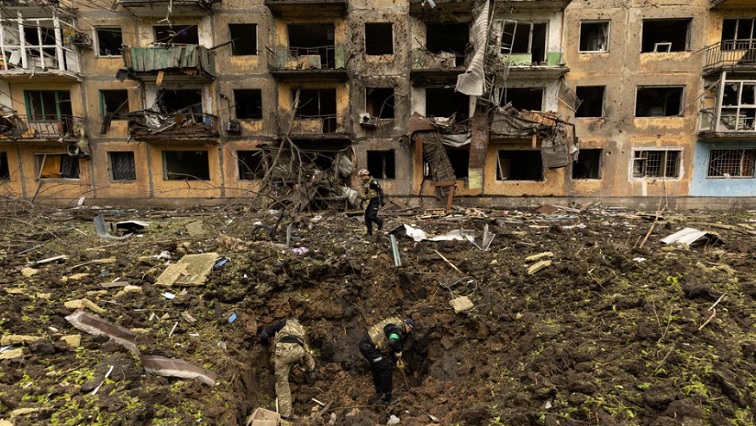 Asked whether Russia would rule out a preemptive tactical nuclear strike on Ukraine, Russia’s deputy foreign minister said on Tuesday that the decision on the possible use of nuclear weapons was clearly spelled out in Russia’s military doctrine, RIA reported.

“We have a military doctrine – everything is written there,” – quotes Alexander Grushko state agency RIA.

Russia’s official military deployment principles allow the use of nuclear weapons when they – or other weapons of mass destruction – are used against them, or when the Russian state faces an existential threat from conventional weapons.

The decision to use Russia’s vast nuclear arsenal, the world’s largest, is made by Russian President Vladimir Putin.
The Russian invasion has killed thousands, displaced nearly 10 million and raised concerns about a wider confrontation between Russia and the United States, by far the world’s largest nuclear power.

William Burns, director of the US Central Intelligence Agency, said Saturday that Putin believes he cannot afford to lose in Ukraine, and warned that the West cannot ignore the risk of Moscow using tactical nuclear weapons.

“We don’t see, as an intelligence community, practical evidence of Russia’s planning for the deployment or even use of tactical nuclear weapons,” Burns said.

He warned that “the stakes for Putin’s Russia are very high.”

nuclear strike?
A decree signed by Putin on June 2, 2020, states that Russia views its nuclear weapons as “solely a deterrent.”

It repeats the phraseology of the military doctrine, but adds details on the four circumstances under which a nuclear strike would be called. These include accurate information about the attack of ballistic missiles on Russia and the attack of the enemy “on critical state or military facilities of the Russian Federation, the failure of which will lead to a failure of the nuclear response.”

Putin, who has repeatedly expressed dissatisfaction with the West’s treatment of Russia since the fall of the Soviet Union in 1991, says the United States has used Ukraine to threaten Russia.

He justified his order of February 24 to conduct a special military operation by saying that Ukraine was persecuting Russian-speakers and that the United States wanted to expand NATO’s military alliance in such a way as to endanger Russia.

US President Joe Biden assesses Putin’s invasion of Ukraine as a struggle in a much broader global battle between democracy and autocracy. He also called Putin a war criminal and said the former KGB spy could not stay in power.

Ukraine rejects Russian allegations that it has persecuted Russian-speakers and says it is fighting for its survival. Russia denies accusations that Ukraine and the West have committed war crimes.