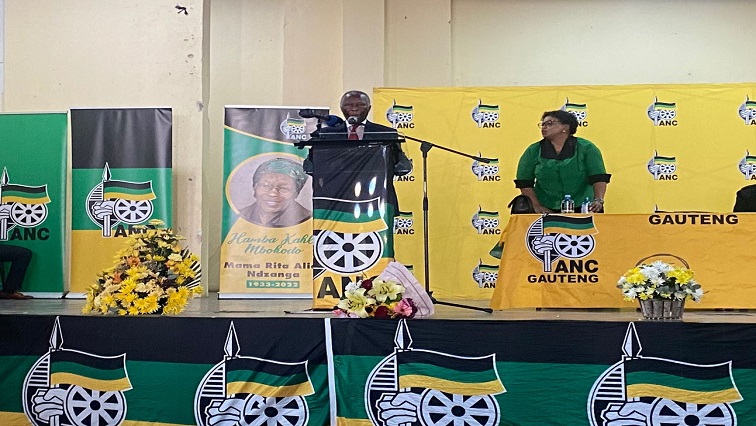 Former president Thabo Mbeki says the African National Congress (ANC) has a duty to fight the stalwart Rita Ndzanga to successfully rebuild itself.

Mbeki was speaking at a memorial service for Ndzanga held in Dlamini, Soweto, on Thursday.

Ndzanga, a veteran trade unionist and political activist, was jailed alongside another late man, Winnie Madikizela-Mandela. She was awarded the National Order of Luthuli in 2004 and 2016.

Mbeki says the ANC must lose more people like Ndzanga and get rid of corrupt people pursuing their personal ambitions.

Mbeki insists that the process of rebuilding the ruling party must be genuine.

He says, “We cannot deceive the masses, we cannot. Masses of people know who is wrong, who among us is bad. I’m sure you can go to all the townships here in Saweta and people will say why the ANC is doing this and that. So I say we’re lucky in that, that’s why we have this examiner who are the people who will mark us to say we’ve passed, so when we go through the renewal process it has to be real “.

Senior ANC leader Susan Shabangu says Ndzanga was concerned about the direction the ANC was heading.

Shabangu says Ndzanga was particularly concerned about the high level of violence against women and children.

She says: “For us, we want to say to Mama Rita that the GBV situation is worse in South Africa today, the ANC is worse and we as women are sorry. So we want to say, Mama Rita, please tell those in front of you, oMam Sisulu, oMam Greta Capayi, boMam Molefe, tell them that we are facing a big problem in South Africa today. The issue of the patriarchy is worse than it was yesterday.”

VIDEO: Interview with Rita Ndzanga in 2018: