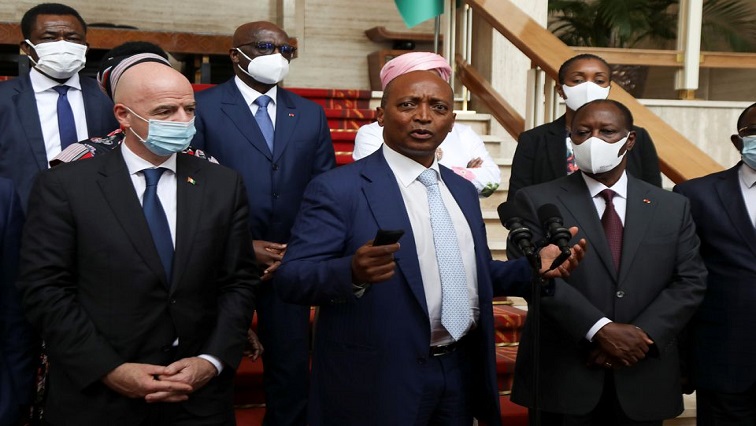 Earlier in August, the Confederation of African Football launched the African Super League, calling it “one of the most exciting projects in the history of African football”.

The competition, which will feature 24 of the leading clubs in African football, will be played over a period of 10 months with clubs selected from three regions.

It is believed to be the most lucrative competition in the history of African football, with prize money valued at more than 1.7 billion rand (US$100 million) and the winner receiving nearly 200 million rand (US$11.5 million).

CAF says: “Part of the funding from the African Super League will be used to distribute $1 million per year to each of CAF’s 54 member countries, for a total of $54 million per year for football development in all African countries. »

“This is one of the most exciting projects in the history of African football, which will make a significant contribution to the development and growth of the quality and competitiveness of football in Africa.”

“African club football needs to be taken to the next level and for that it is important to be innovative and have new ideas while fully respecting the existing institutional structure. Built within the international football pyramid, the Africa Super League is a project that will make African club football shine in Africa and beyond.”

However, while the launch of this competition may seem revolutionary at first glance, there may be chaos and stinking rot beneath the surface. Well-known coach and football analyst Zipho Dlangalala thinks so.

Ultimately, the idea of ​​a Super League was rejected by soccer bodies CONMEBOL, UEFA and FIFA, which he believes could mean Africa is being used as a guinea pig.

“I am still shocked that Africans are silent about this malicious move to kill African football for money! These 24 countries represent only 14 countries. Where and what will happen to the other 40 CAF member countries?” Dlangalala asks.

CAF consists of 54 member countries and according to CAF, only 24 teams will participate in the tournament, with a maximum of three clubs per country.

But Dlangalala’s question seems to be more than just a random quiz. On closer inspection, it appears that there are more questions, but the same cannot be said for the answers available, which should indeed be causing concern in Africa.

To date, CAF has not explained why the competition, which has been rejected in other parts of the world by FIFA’s better-resourced confederations, could in any way benefit African football.

Where will CAF get the money to sponsor such a big tournament?

What impact will this have on players who will still be involved in national leagues and cup competitions, as well as the CAF Champions League and Confederations Cup, as well as the African Cup of Nations and FIFA World Cup qualifiers and tournaments?

With so much the Super League can do, what reason do Super League clubs have to play a full squad in their domestic and cup competitions at the risk of injuring their players? How would that turn domestic leagues and cups into minor competitions?

With all the money Super League clubs are going to make from this competition, how will other clubs in their respective domestic leagues be able to compete with them for the best players?

All of these questions and more remain unanswered, and CAF has yet to respond to these and other questions as of press time.

However, one of the issues raised by the Football Supporters’ Association’s Premier League network against the concept was that “these proposals will only widen the gap between the rich clubs and the rest, while messing up domestic league calendars by expecting fans to sacrifice even more time and money attending meaningless group games.’

The idea of ​​a European Super League was immediately rejected by UEFA and FIFA, as well as the Football Supporters’ Association’s Premier League Network, among others.

It never saw the light of day!

Major League Soccer and Liga MX have also been mulling the idea of ​​Concacaf and Conmebol versions of the tournament. Again, it never saw the light of day.

Then there was Africa.

The pyramid that will destroy football

“Now more than ever, Africans need to understand why the European community and club members rejected this idea. You wouldn’t even begin to talk about such a thing in Canmebol, which, like UEFA, are two powerful confederations that have also flatly rejected the idea of ​​a biennial FIFA World Cup. These are people with a football heritage, Dlangalala claims, before accusing them of being a pyramid scheme that will destroy football on the continent and then collapse completely.

The 24-team tournament will feature 197 matches, with a maximum of 21 matches played by the finalists, as well as relegation and promotion play-offs. The number of additional matches will be supplemented by each club’s domestic league commitments, including domestic knock-out tournaments, as well as the CAF Champions League and CAF Confederations Cup for those who have qualified.

This means a possible 70 to 80 matches a season for some clubs – a task too difficult with logistical nightmares for players who will have to travel in and out of their countries, often catching connecting flights in Dubai or France to reach certain continental directions.

“The Europeans want to kill or slow down African football. Here they found a better way, using the best tool – money. So you can forget seeing any African team perform better than the previous ones on the biggest stage, the FIFA World Cup.”

Dlangalala believes that one of the unintended consequences of the emergence of the African Super League will also be the CAF Champions League and the Confederations Cup, which will remain redundant.

“CAF should instead be renamed Champions League and Confederations Cup. If you have this Super Cup in any form, who will care about the domestic league, the Champions League and the Confederations Cup if they still exist? How many players from Africa will play in the 24 teams compared to players from outside the continent? If football is really a game for the people, then let it remain so.”

If Africa is not a guinea pig, then perhaps it is worth asking why FIFA’s least developed confederation with the least resources, CAF, is introducing the most elite club competition? A real paradox!