Zanewslive.com
Home South Africa All you need is the Karoo 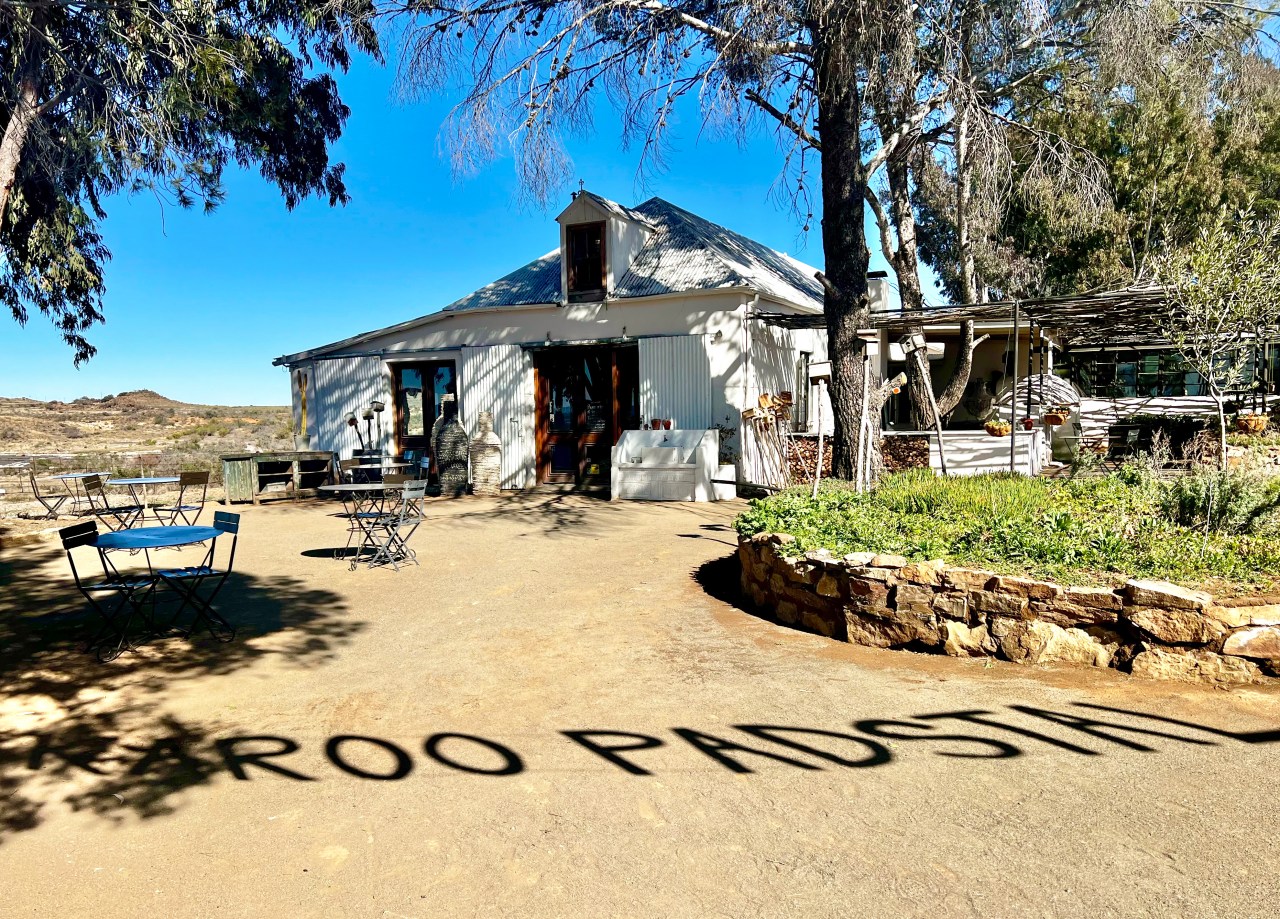 Take one Karoo farm. Add a dawn or two to Karu, a lamb, some olives from that tree near the windmill, and some of those chickens near the farm’s old dam. Gooi in a few sprigs of kakabos from the bush that grows next to Tanya Hester’s rusty 1962 Morris Minor, mix in a handful of wild garlic flowers and simmer all day. Or for the rest of your life. You will be rewarded with peace and that sense of well-being that you feel when you stand in the middle between the past and the infinite.

From a window in Richmond, Northern Cape north of the Three Sisters, not KwaZulu-Natal, one can see low Victorian houses, mission olive trees and no sign of human life. It’s too cold to go outside; the temperature dropped to -10 ℃ at night and now -6 ℃. Last night we had a delicious Karoo lamb curry with preserved quince slices and stone flour fritters for dinner.

Before that they bought us thick slices of crusty home-made bread and a bowl of tomato and onion-sliced ​​salad dressed with balsamic vinegar and something hard to tell; I thought it might be cumin. At first this confused me, then I saw the reasoning. This is the natural beginning of a mild, sambal-like, Karoo-friendly curry; you take pieces of bread and dip them in the juice, scooping up some tomatoes and onions along the way. Brilliant. The rest of the bread was covered with fat chunks of yellow farmer’s butter. There was no way we could end this knowing what was going to happen next.

This is Richmond Café and Rooms, the last stop on our first vacation since the pandemic blindsided us all. We stopped by for dinner one night a few years ago during one of Darryl David’s great book festivals and decided to stay here next time, in one of the smallest but most accessible Karoo villages, right on the N1 about halfway between Cape Town and Johannesburg.

Everything has been painted white since we were last here, with olive branches stuck in vases everywhere looking for peace. This is the place of happiness and peace and light of the owner of Klaradin Grobler. I’m trying to avoid the cliché of calling this Karoo an “oasis”, but it is. It is far from just a stopover; it’s a little mini-world of its own, steeped in serene character.

Also full of warm and fluffy stuff is the Prince Albert Dennehof guest house where we had breakfast the previous morning. We’ve known Dennehof since Elaine Herford bought it in the early 90s and turned it into a beautiful Karoo guest house. At that time she cooked us the best leg of Karoo lamb with lots of garlic and lavender and we ate it under the pepper tree outside the main house next to the old stone bread oven. Here one of the very first thoughts about what has happened to us since then occurred to me: that we must live in the Karoo. Elaine went there for two years in 1994. She is still there. This is how the Karoo welcomes you.

Dennehof has had different owners since Elaine sold it many years ago, but the current owners have best captured and understood the spirit Elaine Herford imbued it with from the beginning. She now lives down the road and the new owners, Inga and Albert Terblanche, wanted to invite her over to see what they had done to her old house, so we all went along.

And what can I find but the best breakfast I’ve had in years. I don’t remember the last time I ate anything so delicious. Everyone else went the safe route with the bacon and eggs, but I was taken with the first item on the chalkboard menu, which Albert later told me was Inga’s signature dish, “Avocado Herb Butter Sourdough Toast with Poached Egg and Toasted Sesame, Blistered Tomatoes on the Side. Bacon if desired.’ Of course I had bacon on the side. As for the bacon and eggs option, others chose, well, it was a “country breakfast with two eggs made to order, blistered tomatoes, bacon and sourdough toast.” So I had it all, but without the smile-inducing centerpiece. When choosing from the breakfast menu, you should choose a dish wisely.

But the best ingredient of this breakfast, for all its deliciousness, was the setting: a glassed-in greenhouse that warmed beautifully inside against the icy morning bite outside. I could see Elaine’s old bread oven and the pepper tree and could picture her and me devouring that grass-fed lamb; there is always a tinge of sadness when we remember, but there is also a glow of serenity and happiness. And now we’re all back under the Big Karoo Sky after being Elaine and Neil’s guests on the road last night. She made us a lovely chicken pot pie with a lovely crumbly crust. Afterwards, we took home crunchy, delicious samosas with figs and crème fraîche, as well as a glass of chocolate liqueur.

We won’t say too much about the midday snack at Spur on the northern tip of Beaufort West as we drove northeast to Richmond, but it was fun to get out of that end of town for the first time in decades (the route to Craddock takes you east through Aberdeen and Graaf- Raine). I could picture myself in the back seat of Dad’s old 1964 Ford Cortina GT, going around that famous circle at the northern end of Beaufort West and past the Johannesburg sign.

At the end of that Richmond meal at the end of that trip was a piece of the biggest and tallest melktart I’ve ever seen. It was like a cheesecake, but apart from its depth, a cliff from which a small creature might plunge to an early but delicious death, it was as tender as a milktart could be; just more of it. The recipe, I was told, was simply doubled.

On our way towards Hanover, before turning south-east towards Craddock and home, we stopped at Caru Podstal, owned by Claradine Grobler of Glory of the Richmond Cafe and Rooms. The budget was tight now, so I looked at the many beautiful things I wanted to buy, filled with the pity of a greedy sinner; not so much regretting the “sin” but the fact that I couldn’t afford to buy anything. But these things remain in the memory. The excellent breakfast made up for it in a big way and included skaapsters. This is where I bought the frozen sheep tails for this recipe.

For all the delicious perfection of this lamb curry, sambal salad and crusty bread, melktart cliff and Elaine’s delicious chicken pie, Dennehof’s stylish little avocado breakfast was the hero of this mini Karoo trip home, so I called Inga and asked if she would kindly share it with us. Which she did. DM/TGIFood

Tony Jackman is the champion of Galliova Food 2021. His the FoodSTUFF book can be purchased from the DM store. Buy it here.

SUBSCRIBE to TGIFood here. Also visit st TGIFood platform, the repository for all our food writing.