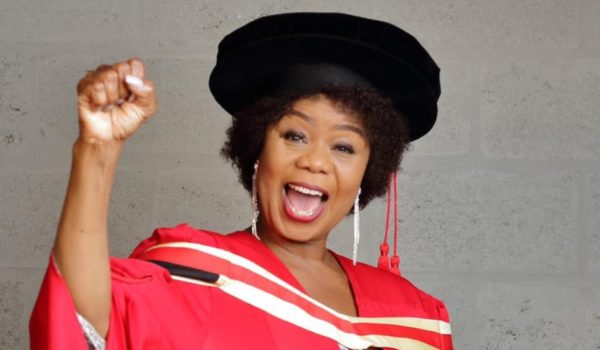 Actress Tamby Mtshali-Jones was not surprised when she added another title to her list of achievements.

The artist received the title of Honorary Doctor of Philosophy in the field of visual arts, Faculty of Arts and Design, Durban University of Technology.

The 72-year-old Mtshali-Jones cut her teeth in the entertainment industry back in the 1970s, performing on a professional stage in a musical production.

She has starred in several popular dramas, TV series, soap operas and sitcoms and has received several awards.

Speaking about her trip, Mtshali-Jones said she joined the entertainment industry as an escape from reality.

“It was an escape from work as a maid after I quit training as a nurse.

“I loved singing since I was a child. I sang in school and church choirs, but never thought singing would pave the way for me in the entertainment industry.

“At first I did it out of love for it, and then I was encouraged to audition for a theatrical show, and my journey began,” she said.

As a result of the production, she traveled the world and in 1976 was in New York.