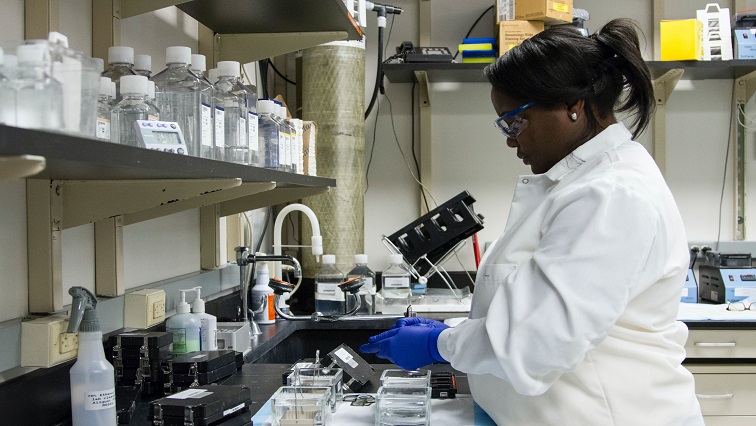 Attempts to create a generation free of cervical cancer by using a preventive approach – rather than a curative one – through immunization are a glimmer of hope for the future of young women in South Africa.

However, efforts to achieve this goal face absenteeism and vaccine hesitancy, which remain persistent barriers to providing the life-saving vaccine to young girls age 9 and older in the nation’s public schools.

As the country remembers the women’s struggle of 1956 this Women’s Month, South Africa continues to struggle with the rapidly increasing rates of cervical cancer each year. According to the Cancer Association of South Africa (CANSA), cervical cancer is the second most commonly diagnosed cancer in women, ahead of breast cancer. More worryingly, CANSA says it is the leading cause of cancer death for women across the country.

“There are 21.3 million women aged 15 and over in South Africa who are at risk of developing cervical cancer. Current estimates show that more than 11,000 women are diagnosed with cervical cancer each year, and 6,000 of them die from the disease,” says Lorraine Govender, CANSA’s National Health Promotion Manager.

Meanwhile, data from the World Health Organization (WHO) reflect the seriousness of the prevalence of cervical cancer in South Africa. According to WHO statistics, cervical cancer is the fourth most common cancer affecting women worldwide, causing more than 300,000 deaths worldwide in 2020.

What is cervical cancer, what causes it, and who is most at risk?

Cervical cancer is a type of cancer found in the cervix; which is the narrower and lower end of the uterus. According to the WHO, the cause of cervical cancer is mainly strains 16 and 18 of the human papillomavirus, commonly called HPV.

HPV is transmitted from person to person mainly through close skin-to-skin contact and during sexual intercourse. These particular types of HPV are known to cause serious cervical cancer.

Govender explains, “Cervical cancer is the number one cancer among women between the ages of 15 and 44. Currently, about 3.2% of women in the general population are estimated to have HPV 16/18 cervical infection at any given time and 64.2% of women have invasive cervical cancer attributed to HPV 16 or 18, so this is a major concern among women”.

Research on the CANSA sites has shown that cervical cancer is a vaccine-preventable disease, with the HPV vaccine being significantly more effective when administered to young girls aged 9 to 14 (adolescent girls) who are not sexual life, which means those who have not previously had HPV infection during sexual intercourse.

In his 2010 State of the Nation Address, former President Jacob Zuma called on the government to restore health programs in South Africa’s public schools.

Heeding the 2010 call, in 2014 the country officially introduced HPV vaccination in schools for 9-year-old girls. The launch of this program was initiated by the then Minister of Health, Dr. Aaron Motsoaledi under the ISHP.

At the heart of the school’s health care program is the goal of providing specific material outcomes aimed at fostering children and improving their developmental well-being and learning outcomes. In order to reduce the incidence of cervical cancer among women in South Africa, the HPV vaccination program in schools is a preventive measure to protect young girls from developing the disease in the future.

The HPV vaccine is 2 doses of the vaccine given 5 to 6 months apart. Statistics provided by the National Department of Health show that more than 3 million girls have been vaccinated since the program began in 2014.

A brief statistical update: How has HPV vaccination uptake been?

With the goal of reaching 80% of girls and 80% of schools with girls in grade 5, the target actually turns out to be too high. According to the National Department of Health (NDoH), implementation of the program faces ongoing and recurring challenges. These bottlenecks threaten current efforts to prevent cervical cancer in the country by protecting young girls from HPV infection through immunization.

There are several challenges that are barriers to vaccine implementation. However, more glaring is the problem of vaccine hesitancy, which subsequently leads to a marked lack of consent on the part of students’ parents and guardians. Another contributing factor is the high rate of school absenteeism, especially on scheduled vaccination days.

The deputy director of the National Integrated School Health Program at the National Department of Health, Feni Motshwane, confirms that persistent reluctance of parents to give consent and recurring rates of absenteeism on vaccination days are affecting the department’s cervical cancer prevention efforts.

“The main problem is the lack of consent forms, which is solved by providing information, but we’ve also seen absenteeism because it happens that school nurses visit schools to make appointments and students will know that on a certain day or on a certain day the team will come to vaccinate them or vaccinate them, then they will not attend school,” says Motshwane.

Mitigation and the way forward

The National Department of Health says reluctance and widespread skepticism about the HPV vaccine has also led to parents withdrawing consent forms that prevent their children from receiving a second dose. This is done without additional explanations or reasons from the parents to the school health authorities.

Misinformation, myths, fear, minimal trust, and lack of access to credible information are major factors contributing to the continued growth of public perception against HPV vaccination. As a result, this threatens the success of the program.

However, it is not all doom and gloom, Motshwane says the department is working tirelessly to mitigate these issues. “The measures we are taking, we are looking at the availability of consent forms, if there are consent forms, then school nurses or HPV vaccination teams will visit the school several times to make sure that all those girls who have the right to consent will attend school with the forms vaccinated , but with the issuance of consent forms, we deploy groups such as your health promoters, school nurses, to reach out to parents at parent-teacher conferences. We are also working with school administrators, principals and teachers to also encourage parents to sign consent forms to vaccinate their children, because by giving them the information that HPV vaccination will indeed protect against cervical cancer in the future, then we make sure that parents and guardians gain that trust and sign consent forms,” Motshwane clarifies.

Although women’s periods are coming to an end in just a few days, the importance of continued policy development coupled with tangible and accessible services to promote women’s sexual and reproductive health remains a critical public health priority.

Debunking myths, increasing public education through meaningful community and student engagement are among several mitigations that, if more rigorously implemented, can yield results that can give young girls a chance to beat cervical cancer.

September 2022 will begin with the start of the second administration of the two-dose HPV vaccine in public schools across the country. The National Department of Health reports that although 475,719 girls in Year 5 were registered in 2022, only 392,772 girls (82%) were vaccinated with the first dose in February/March earlier this year with signed parental consent.