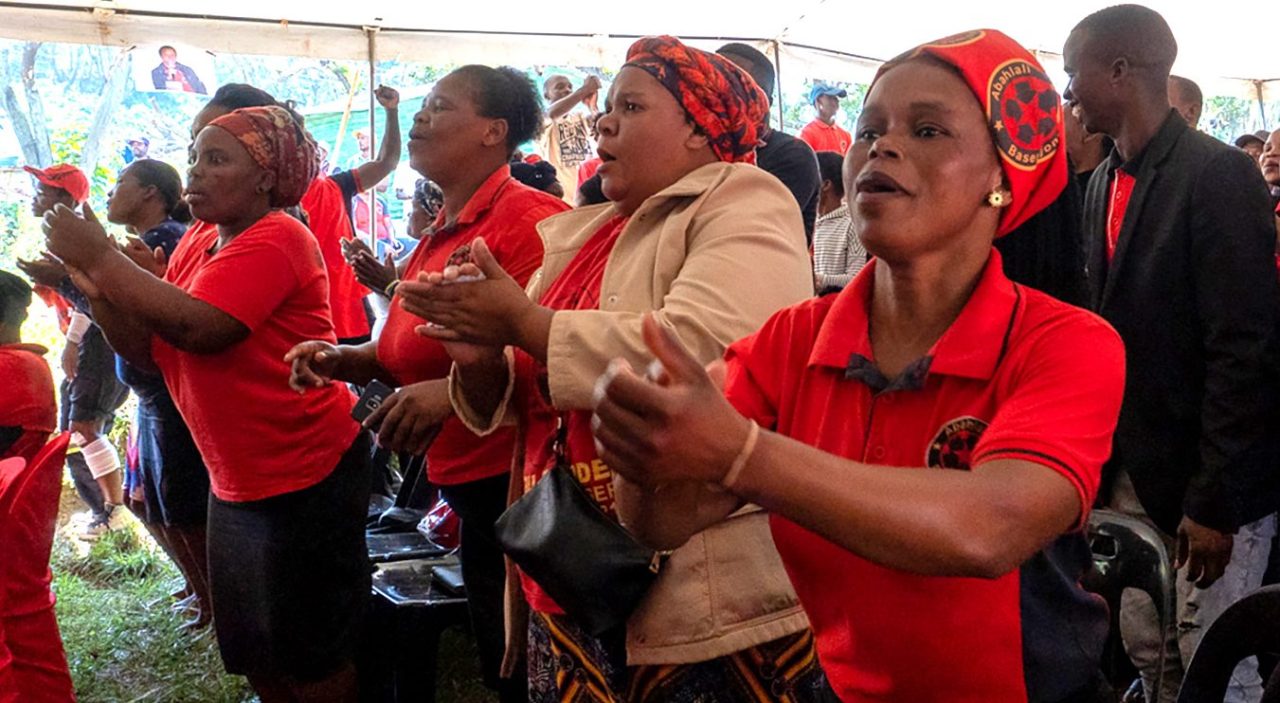 “We are on our own,” Zicod said at a memorial in KwaSwayman, Pietermaritzburg. He said killing the young leader was announced by Abahlali as a sign of “the end of our constitutional democracy”.

Those present sang battle songs and listened to tributes to Mnguni’s courage and bravery.

At the time of this month’s murder, the 28-year-old Abahlali chairman had been in hiding in eHenan, outside Durban, for more than a year. In March, Mnguni became a witness the assassination of an associate of the leader Abahlali Ayanda Ngila. Mnguni was the 24th leader of the shantytown movement to be killed since its inception in 2005. In May, another leader of the movement, Nokuthula Mabasowas shot in his home.

At the memorial, Mnguni’s sister Mbalenhle Mkhize said she last saw Mnguni in June when they traveled together to The Forge Community Center in Johannesburg where he was speaking at an event. She said Mnguni told her there were people to take him away but he was ready for them.

Speaking at the memorial, The Forge co-director Yvonne FeeFox described Mnguni as a man of courage and bravery. “Mnguni’s death is not only Abahlali’s loss – it is South Africa’s loss. We, The Forge, stand in solidarity with the struggle of Abahlali. We know that Abahlali is being killed for speaking out against an unjust government that is committing systemic impoverishment of the people. We encourage you to stay strong in your fight.”

Zicod, who now travels with personal security as a result of threats and attempts on his life, told the audience: “Izve summer (our country) can take us all. There are enough resources, but it is unfortunate that the wealth we have is not shared enough.”

Addressing the Mnguni family directly, Zikode said: “We are here to thank you for lending us your son. Standing before you, we are proud of the work Mnguni has done for the community and the organization.”

He described Mnguni as someone who acted with great humility but also with firmness. He said Mnguni taught him the true meaning of socialism.

Zikod said he believed those who killed the Abahlali leaders were trying to get to him. He promised to continue the struggle “for the rights of our community, even if we are killed, because socialism is an idea for which we are ready to live, and if necessary, to die.” He said Mnguni “represented us as the working class. He died for the land, decent housing and dignity. We will never forget his contribution to Abahlali.”

“You will overcome the persecution you are facing,” Dlamini told the shantytown movement. DM/MC