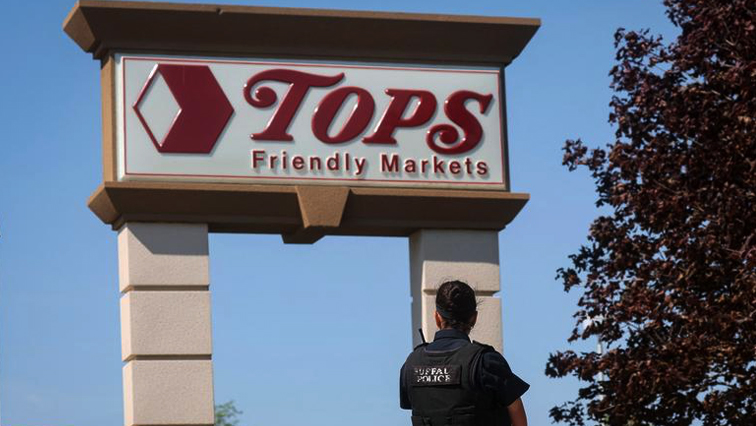 The 18-year-old suspect, arrested for killing 10 people in a mass shooting in Buffalo, New York, last weekend intended to kill even more people when he was stopped and surrendered to local police.

The FBI is investigating the attack as a hate crime and violent extremism on racial grounds, as 11 of the 13 victims were black in the predominantly black area of ​​the city.

Investigators are also studying a 180-page manifesto published by suspect Peyton Grandon online, which credits itself with the merit of violence in the name of white supremacy.

Police are studying a 180-page manifesto published by Peyton Grendon, who took credit for the massacre in the name of white supremacy:

The community is in mourning.

The latest mass shooting in the U.S. has been described by a local sheriff as an act of pure evil, which was also attended by President Joe Biden.

Biden says: “I get updates from my team at the White House, which is in close contact with the Department of Justice. We are still gathering facts, but the Ministry of Justice has already publicly stated that it is investigating this issue as a hate crime. A racially motivated act of white supremacy and violent extremism. ”

“Like them, we must all work together to fight the hatred that remains a stain on America’s soul. It is hard on the heart again, but our determination should never falter, ”Biden added.

A review of the manifesto, which the publisher allegedly posted online, shows plans for the attack down to the smallest detail and includes supermarket schemes targeted precisely because the area had the highest concentration of black people in the region where the suspect lived.

Buffalo Police Commissioner Joseph Gramaglia says: “He had tactical gear, he had a tactical helmet, he had a camera with which he broadcast what he was doing. A man got out of the car and attacked four people. He shot four people in the parking lot. Three of them died, and one person survived the injuries. “

“A person went inside, as I said, an 18-year-old white man, went into the store and started attracting shoppers. One of the people in the store – a favorite security guard, a retired police officer from Buffalo, a hero in our eyes, went into battle with the suspect, fired several shots, hit the suspect, but because he was heavily armed, there were no bullets, the suspect was engaged our retired officer, and as a result he was shot and died at the scene, ”Gramaglia says.

After the massacre at the Buffalo supermarket, police said authorities were studying a 180-page manifesto that appeared to have been written and posted by accused gunman Peyton Hendron, outlining the so-called “Great Theory of Substitution” https://t.co/FtFd9vtIXn pic.twitter.com/Uw3Tg48d9X

“Six women and four men between the ages of 32 and 86 were killed, suspect Grendon was brought to justice in a first-degree murder charge, and new charges are expected to be filed.”

Last year, the suspect was also investigated by New York State police after reports that he made threatening statements in high school but was later not charged with disappearing from their radars.

Police are now studying his online manifesto, in which he calls himself a supporter of white supremacy, an anti-Semite with details of an attack on a predominantly black quarter.

Grendon has pleaded not guilty to first-degree murder and is due to return to court on Thursday.