Zanewslive.com
Home Lifestyle “A drop of blood for a drop of rain”: a ritual to... 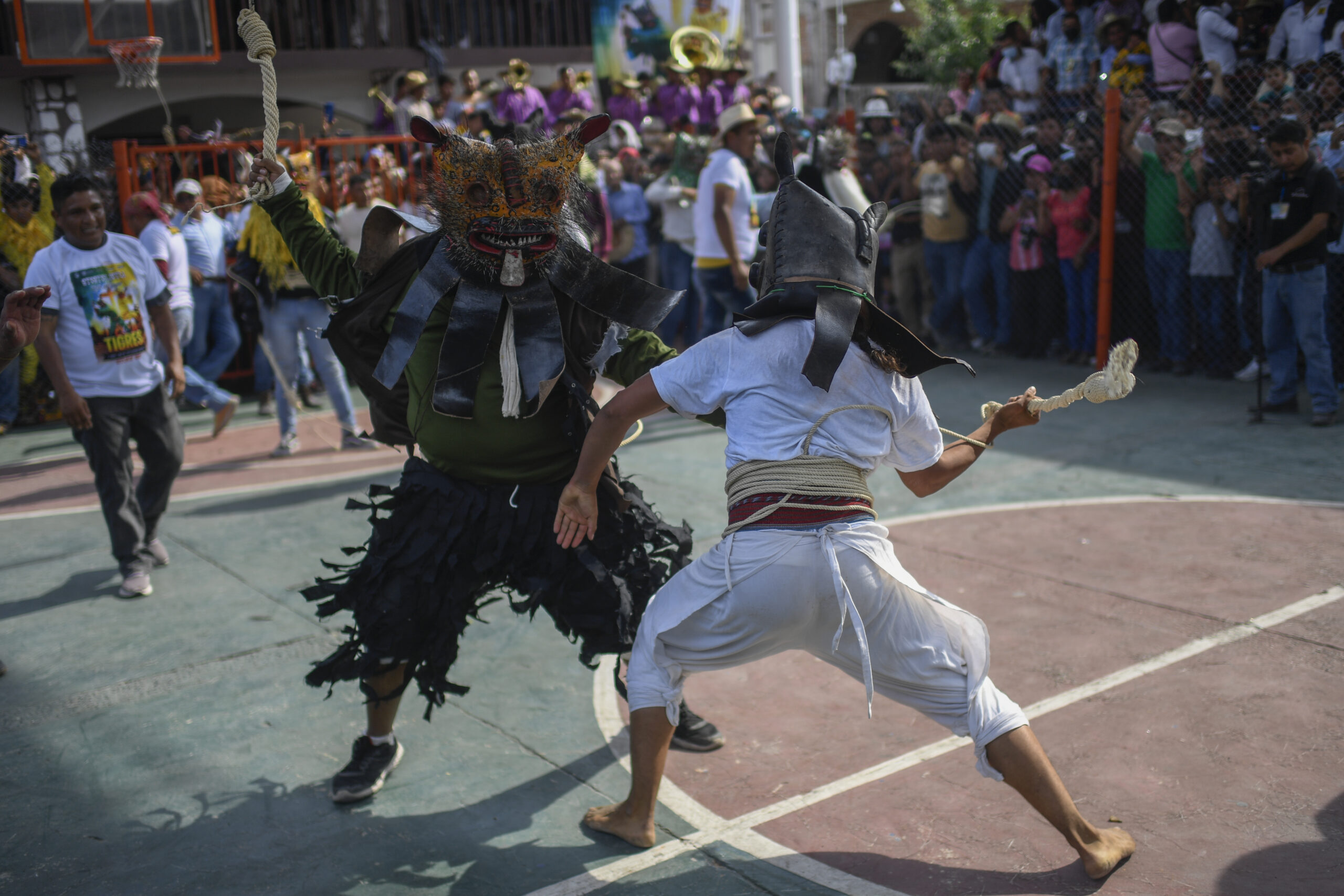 Seeking to appease the god of storms and stop the drought, men and women in tiger costumes mercilessly beat each other to obey in an ancient ritual in southern Mexico.

Says Carina Vicente, preparing to participate in the annual tradition for the first time.

The 22-year-old student psychologist tells AFP in the town of Zitlala in Guerrero, one of Mexico’s poorest and hardest states.

In the past the 300-year-old indigenous ceremony brings rains and a bountiful harvest was only for men.

According to tradition, the blood shed in the May 5 ritual, called Otsatsilistli, is a sacrifice to the rain god Tlaloc.

The sound of each whiplash is the roar of thunder, the yellow color of the costumes – drought, and the whip – the tiger’s tail.

Read also: a Russian climber died in a camp on Everest

They are fighting in a tiger fighter

Before the fight, Zitlala residents split into two groups and danced in the strong sun through the steep streets to the beat of Mexican gang music.

First, the men go to the battlefield – the city basketball court – to fight for about five minutes at a time, under the supervision of a crowd of spectators.

“Come on! Come on!” – says a strong man with bare breasts, challenging his opponent.

In a few minutes he triumphantly raises his hands, from the wounds inflicted by his rival, blood begins to flow.

Judges stand side by side, ready to separate fighters if they break the rules.

Musicians from both sides play simultaneously, which adds to the chaotic atmosphere.

Soon the air will be filled with the aroma of mezcal, the agave spirit that participants drink and use to soak whips to make them more effective.

Three hours later it was the women’s turn. They are greeted and hugged before and after the fight, unlike men.

Within minutes, Vicente’s opponent takes off his mask in defeat after a few accurate lashes.

The ritual ensures that the rainy season begins on time – a lifeline for a community that relies on corn and other crops, says 60-year-old resident Cleopas Kohita.

She welcomes the participation of women in a tradition that was once so brutal that some participants even perished, Kohita says.

“Now equality. Machism is not so much, ”

The next day Vicente is in pain but motivated.

“I will fight again. We need to take care of what we have already won, ”she says with a smile.