Zanewslive.com
Home Business 9th Africities Summit: The official opening of the 9th edition of the... 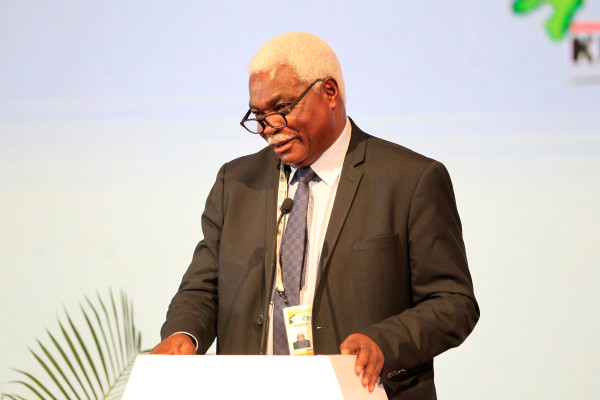 Discussions on the summit will take place over 5 days: “The role of mediating cities in Africa in the implementation of the UN Agenda 2030 and the African Union Agenda 2063.” According to the theme Kisumu is the first intermediary city to host the event.

His Excellency, President Uhuru Kenyatta in his speech called on the summit participants to make it a forum for issues to make the summit a success. He proposed a 12-point survey system based on how national central governments can support the mobilization of resources to unlock an efficient delivery service in intermediary cities. what strategies and policies are needed to combat the threats of radicalization and terrorism, especially in urban areas, including our intermediary cities, and what legal and policy frameworks need to be put in place to promote the credible and sustainable development of intermediary cities, among other issues.

“The time has come to increase the role of intermediary cities as the next frontiers of African urbanization and development. The unprecedented pace of urbanization has led to 1,086 intermediary cities becoming homes for 174 million people, representing 36% of the continent’s total urban population and accounting for about 40% of our continent’s GDP. If we are going to discuss how we can move to a new urban paradigm and unleash the potential of intermediary cities to promote the inclusive development and implementation of our SDGs and all other socio-economic development initiatives, we must keep in mind that Africa is becoming increasingly urbanized . The traditional focus on rural areas in development plans threatens to marginalize an increasing part of our population, which will soon become the majority, ”said His Excellency Uhuru Kenyatta, President of Kenya.

Local governments play a key role in achieving the 2030 Agenda and SDG 13 through ensuring a paradigm shift towards low-emission and climate resilience. Cities produce 71% to 75% of total greenhouse gas (GHG) emissions. In this regard, despite increasing attention and action on climate change across the city, much of this activity is largely unrelated to national policy. UCLG Africa’s position on climate is that the fight against climate change will be lost or won in cities and territories. UCLG Africa advocates for the territorialization of the NDC and the adoption of a bottom-up approach to their definition, starting with local contributions (LDCs).

“The reality of our continent is reflected in the way we treat our intermediary cities. Intermediary cities are your main goal. Treat them well, and they will treat African citizens well, treat them badly, and we will fail in our progress, ”said Jean-Pierre Elong Mbassi, Secretary General of UCLG Africa.

The dialogue between the former heads of state took place after the official opening on infrastructure financing and urbanization in Africa to achieve the SDGs and the UN Agenda 2030 and the African Union Agenda 2063.

High Representative of the African Union for Infrastructure Development, Rt. Dear. Ryle Ading called for the creation of an African Infrastructure Fund to fund the cash deficit needed to build Africa’s infrastructure.

“Africa needs $ 170 billion a year to meet its infrastructure needs, but has a deficit of about $ 110 billion. We can work with several institutions to create this fund because we have determined that Africa has free capital, such as sovereign wealth funds, pension funds and insurance funds. We are working to use these resources to enable Africa to finance its own development, ”he said.

“It is important that we reinforce our interventions based on facts and evidence that show us where we are in terms of development. The next step is to strategically choose the right infrastructure that will have the most effective impact on the continent and the results of which will be beneficial to our countries and populations. The continent’s approach to infrastructure should be coordinated, not fragmented, ”he said.

This first day of the summit was also dedicated to the diaspora. The African diaspora is about 150 million people of African descent located in all regions of the world. The African Union considers the African diaspora to be the sixth region in Africa. At the heart of the Diaspora Day discussion was the strengthening of relations between the Motherland of Africa and its diaspora and all the dimensions that can be given to these relations. This is a key agenda to ensure the implementation of the United Nations 2030 Agenda and the 2063 African Union Agenda. Its contribution to economic development is greater than state aid from international institutions. In addition, a certain form of transmission of the history of Afro-descendants gives rise to the broad participation of new generations to better understand their identity, but also to actively participate in the emergence of this continent.

One of the best illustrations of the reality and weight of the African diaspora is Ms. Lupita Nyong, who is the first Goodwill Ambassador of Africa. In her official video, Ms. Nyong expressed how honored it is for her to be a goodwill ambassador for Africities this year: “Kisumu is my home, and I saw its potential first hand. He has so much to offer, and I finally see that his vivid energy is being used by the radical leadership of the Governor, my father, Professor Peter Anyang Nyong. I could not think of a better place to come together to discuss material solutions to the problems facing Africa and its mediating cities than the Africities summit. Over the next 5 days you will participate in interactive sessions, hear from inspiring speakers, take part in workshops, implement projects and come up with the Africa we want to see. Where everyone has access to food, health, education, housing, public safety and peace. ”

Distributed by APO Group on behalf of the United Cities and Local Governments of Africa (UCLG Africa).